A Virginia Tech basketball coach saw that some players were sitting during the national anthem. He gave them a speech they will never forget (video below).
The speech Coach Buzz Williams gave about how important the national anthem is quickly going viral after it was first posted. It was a very important and moving look at what it means to be an American and salute the flag.

Williams tells his players, pointing to the bench, “We didn’t earn those seats.”

Your skills didn’t get you those seats. Those chairs weren’t given to you because of how tall you are, how fast you run, or how well you shoot. Even though I wrote a play, worked hard to find actors, and worked hard, I didn’t get the chair. When these guys were your age, they messed up their lives. They stopped going to school. They made a change in their work, and they died because of those chairs. Do you guys get what I’m trying to say? We’re not doing it. So, when the national anthem is played, we’ll stand up like men and remember men like these who gave their lives so we could sit down. 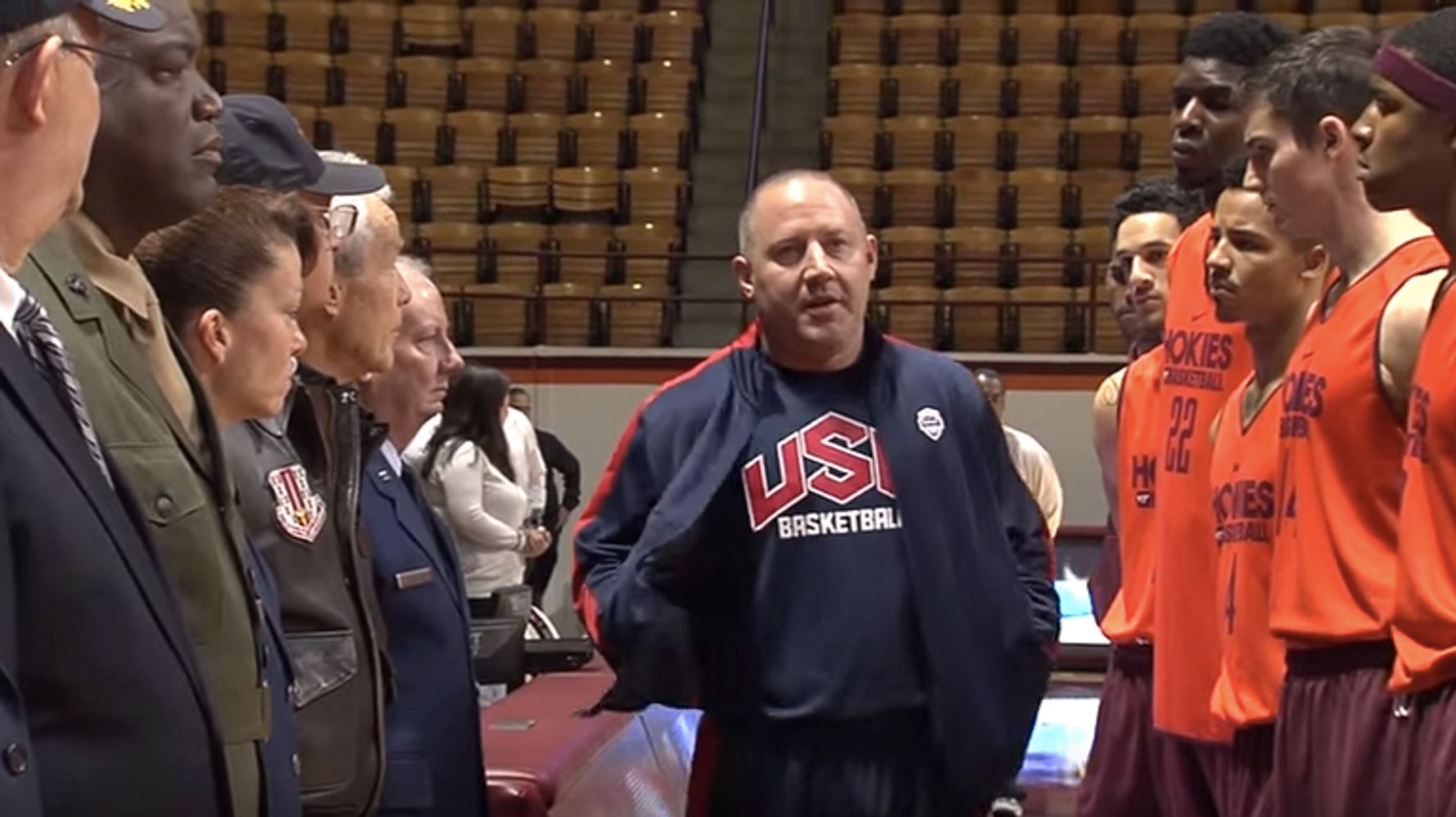 Williams then tells the players that they should not only stand for the national anthem but also pay attention to what they are saluting and not take their freedoms as Americans for granted.

“Then, for the two and a half minutes that the song is played or someone sings it, we will stand at attention and honour these men. We won’t move from side to side. “We’re not going to mess with our shorts or our jersey,” he said.

“We’re going to give those two and a half minutes to the people who earned these chairs because that gives us the freedom to do what we’re doing.”

People cheered Williams’ speech because they thought it was the right way to discuss the national anthem controversy.

“I don’t know this coach’s name, but he’s a man of honour. The things he said to these young men made me cry. One AWM reader said, “He didn’t yell at them or make them feel bad. Instead, he taught them that real people had given so much for them. Their country is behind this song.”

“They will remember this lesson for the rest of their lives, and maybe they won’t treat a service member badly again. Thank you, sir.”

The Washington Post says that Williams does this every season to teach people to respect those who “earned the chairs.” He said this is not a response to any protests about the national anthem that may or may not be going on worldwide.

Watch below as he works with some amazing Veterans to teach them, powerfully and respectfully, what it means to appreciate freedom.

Do you think this is something that more coaches should do? Tell us, and please SHARE this on Facebook with your friends.