Sandra Bullock has always been wary of having children, particularly girls. She provided her life-altering counsel when her mother was dying. Sandra had believed she would never have children, but she later understood the right child would come along. It is unknown when she will return from quitting her job to be with them.

Currently, Sandra Bullock is a mother to two kids who were adopted into her family. However, she was not always confident in her ability to balance parenting and her job. 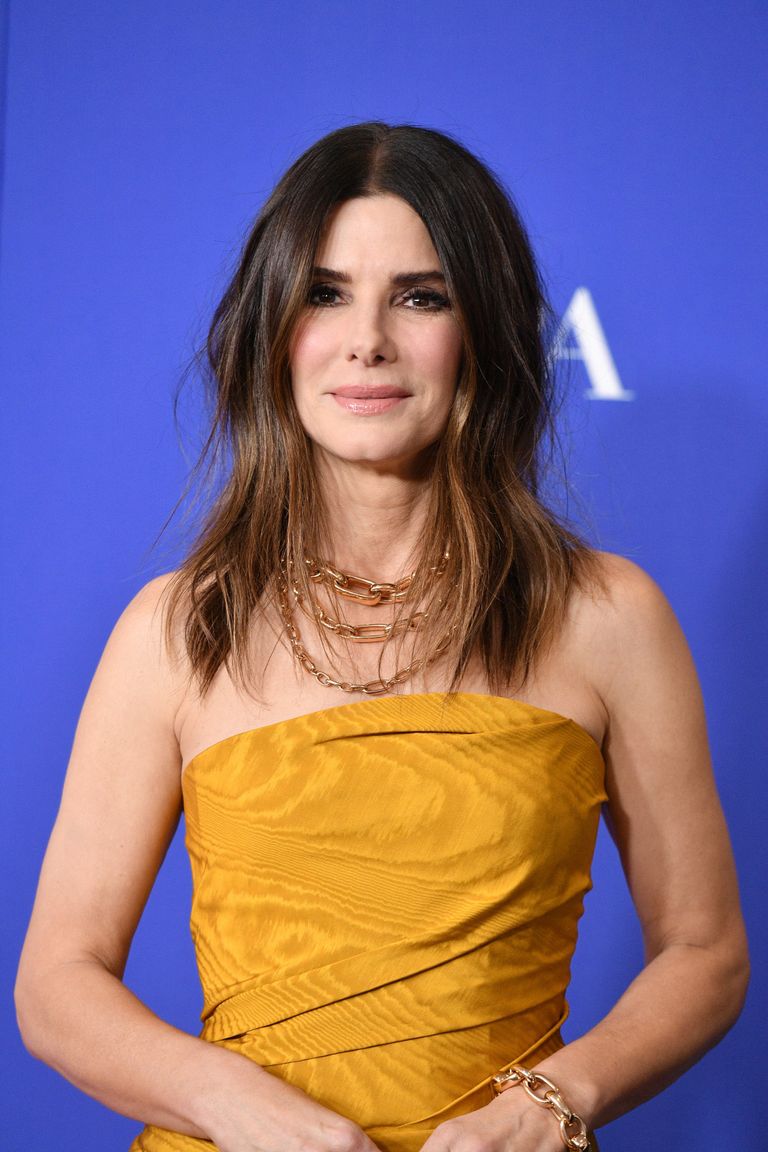 When Bullock was a child, her mother, Helga, set a great example of what a mother should be like, but she could not allay her daughter’s worries about parenting until much later in life when she offered her sage counsel.

Helga made Bullock fearful of having a daughter first, though, before offering her the advice. Bullock said her mother advised her to hold off until she gave birth to a daughter. 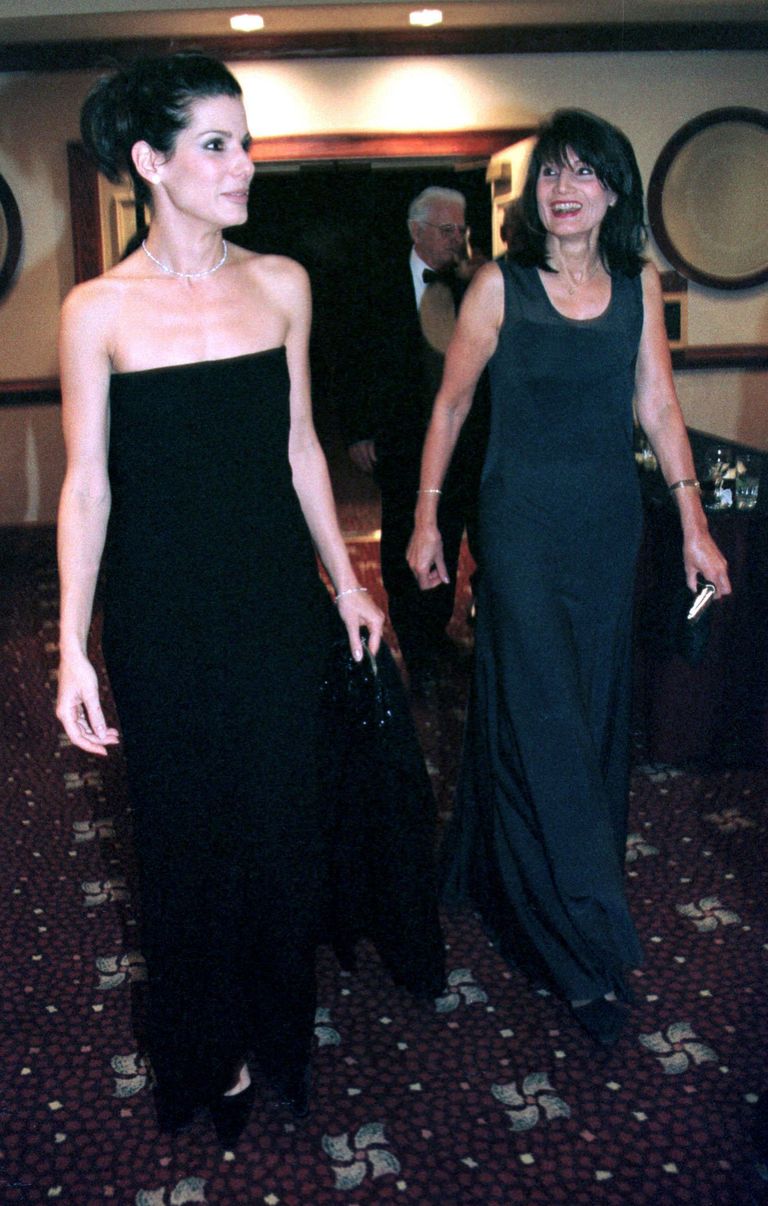 Helga later gave her daughter life-changing counsel when she was dying, telling her that she needed to be more open. Bullock admitted that her mother had been a cold person.

When her mother died, Bullock said she was standing by her mother’s bed, fighting back the tears, and her mother admonished Bullock not to act like her. Bullock claimed that everything became clear to her at that very time. 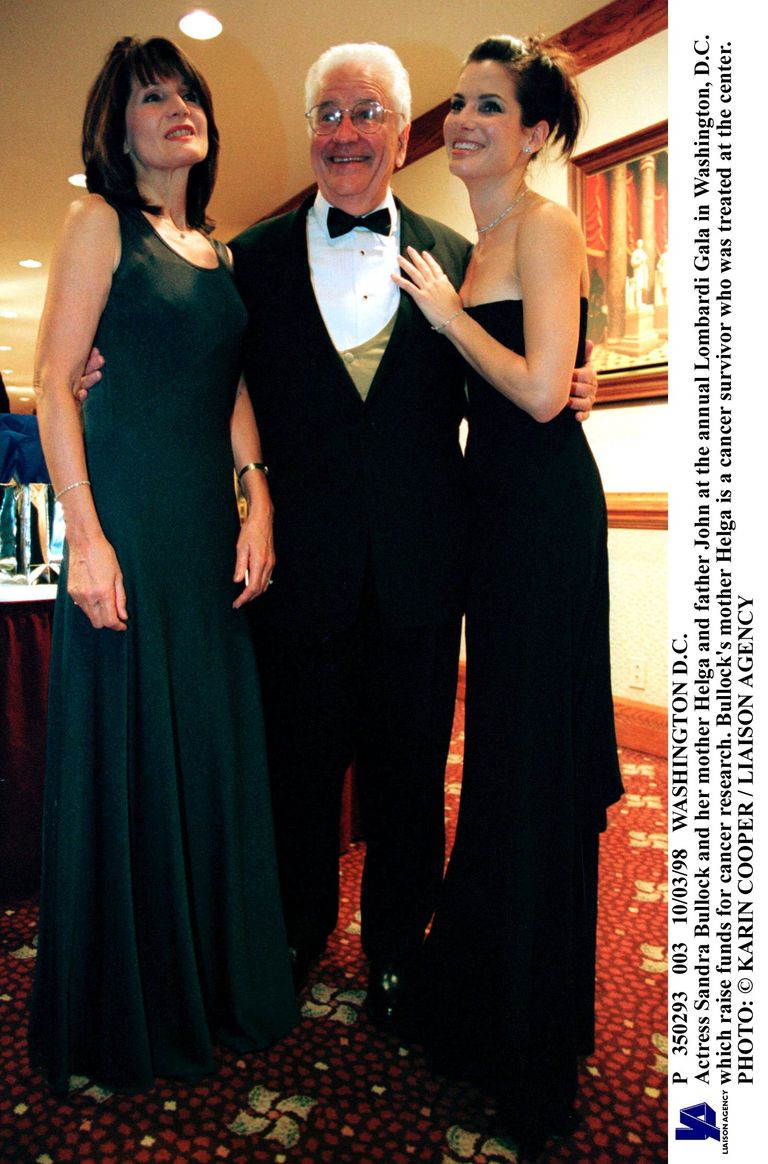 Bullock understood that her mother didn’t want her to live life the same way as her since she had been permanently shut down and disconnected as a child. The actress claims that she can now feel all emotions openly.

Bullock believed she wasn’t cut out for motherhood. In an interview with Hoda Kotb for “TODAY,” Bullock related her first-time motherhood experience. Bullock agreed when Kotb questioned her about whether or not she believed she might not have children as she approached her forties. 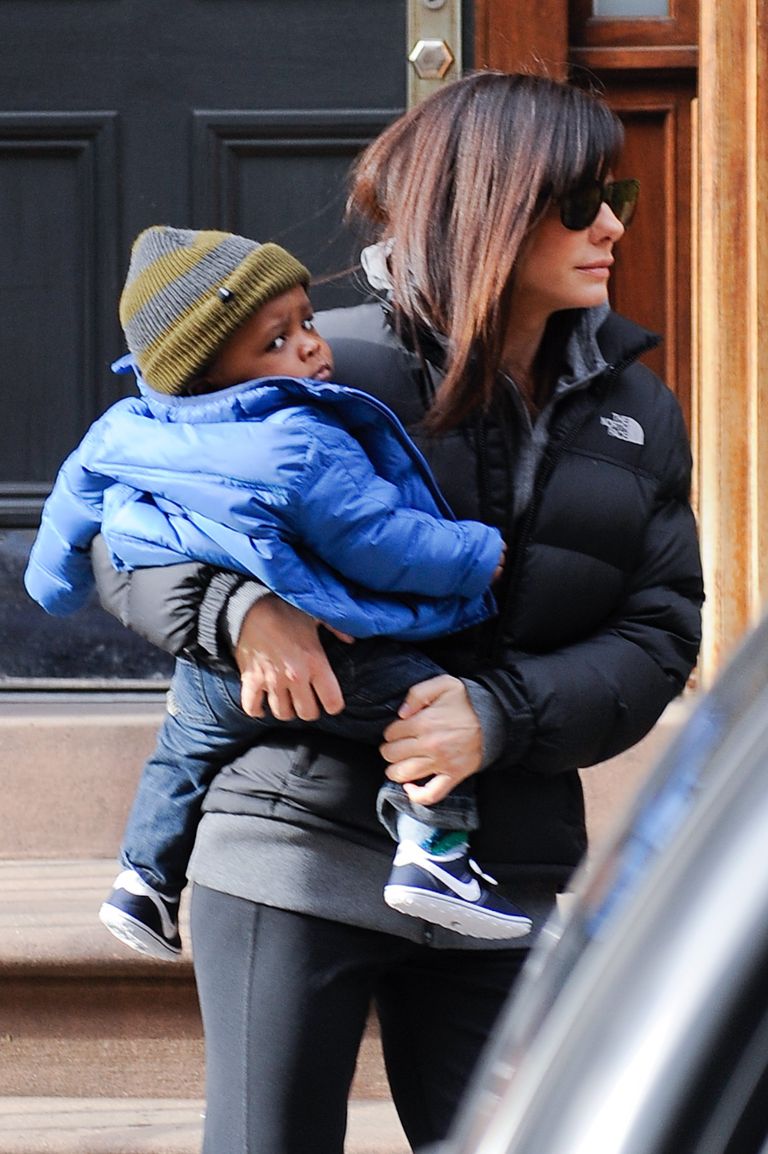 The star of “The Proposal” claimed that before Hurricane Katrina, she didn’t think parenthood was for her. She admitted that following the hurricane, she had a deep-seated intuition that her child was in New Orleans.

Bullock claimed that the adoption procedure entailed filling out numerous documents, facing judgment for who she was and whether or not she could have children, and preparing to become a mother. She then traveled to New Orleans, discovered her child, and started the adoption process. 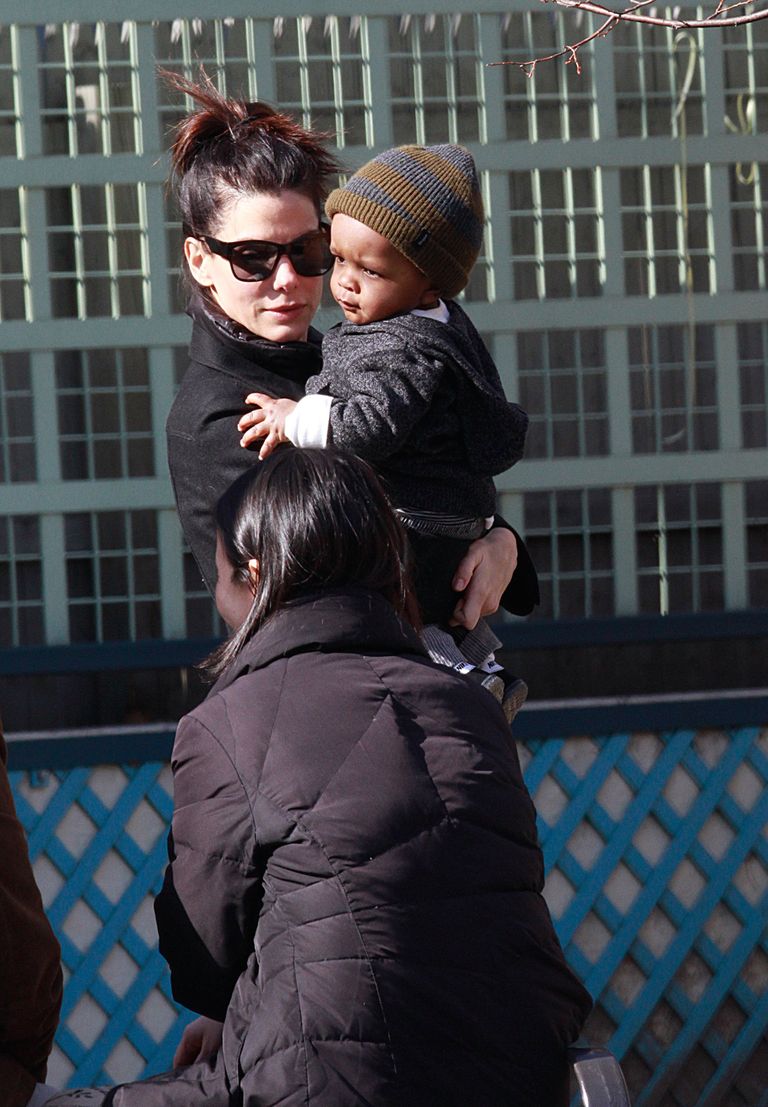 Bullock had to go through a four-year process before she could eventually claim legal custody of her kid. She disclosed:

It seemed as if he had always been there as I turned to face him and exclaimed, “Oh, there you are. He was only wise; he fit in the crook of my arm and looked me in the eyes.

Bullock claimed she had always been told: “The perfect child will find you,” even if she had not anticipated having a child of her own. She was convinced that this was what had happened to her. “You will find your child.”

A few years later, she gained a daughter through adoption. During a “Red Table Talk” episode, Bullock claimed that she learned about both of her children in the same graveyard as her mother.

Bullock explained this to Jada Pinkett Smith, her mother, and her daughter. She uttered:

“I feel without a doubt that my mother gave me these children, even though it makes me emotional.”

Bullock, at last, had a child. Bullock adopted a young girl named Laila after receiving her son Louis into her family. Laila’s narrative was not favourable, and integrating her into the family was difficult. 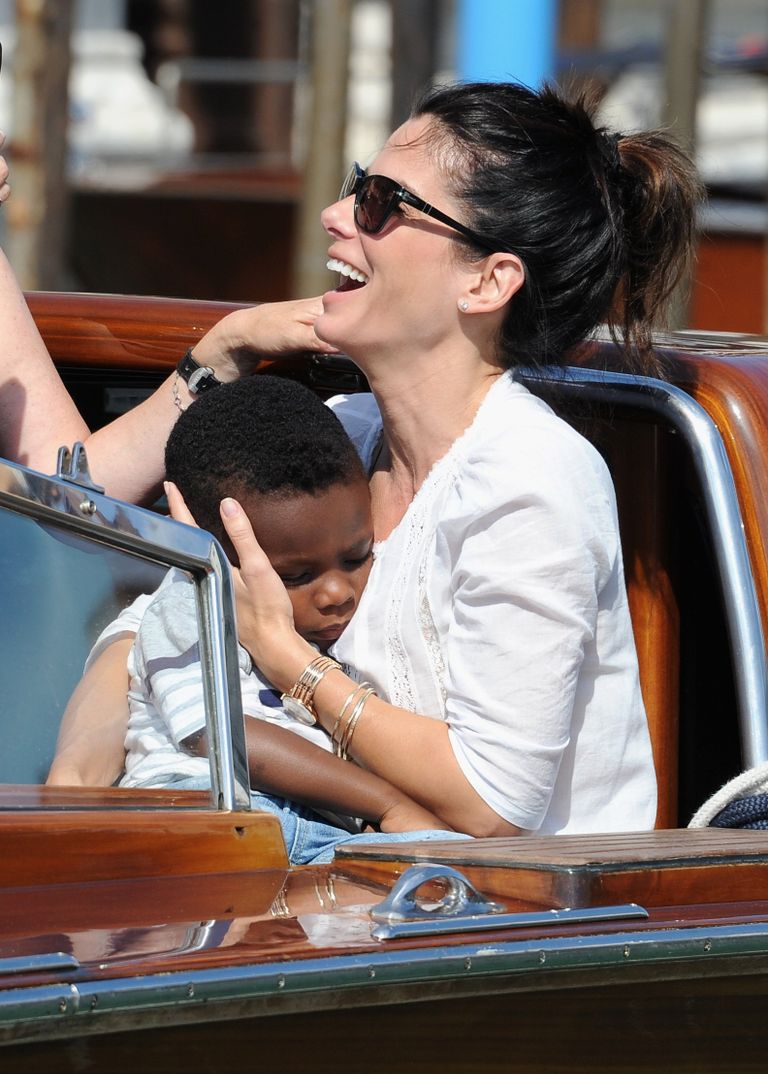 Bullock also discussed what it was like to introduce Laila into her life on “Red Table Talk.” Bullock had to go through the foster care system because she fostered Laila first. According to Bullock, this process is challenging because you must demonstrate parental competence.

She said that about halfway through, she wasn’t sure whether she could go on because she wasn’t sure she could respond to every question. She said she was aware that if she didn’t respond appropriately, she wouldn’t be permitted to increase her family.

She also had to enroll in seminars that taught her how to parent a traumatized child. Bullock claimed that her daughter was always dressed and prepared to go at the first hint of difficulty while discussing her daughter’s trauma. 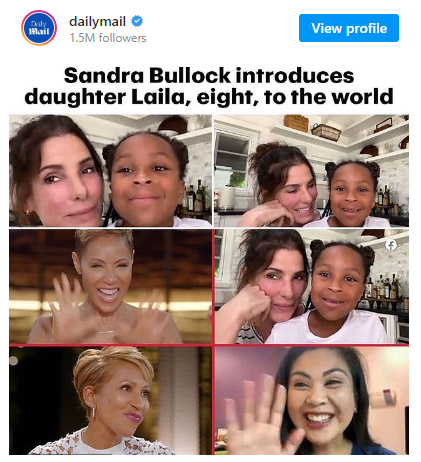 Despite how painful they were for her, Bullock found comedy in the tough times. Her daughter was so independent and informed her she was going, but Bullock warned her that if the little girl left, she would be behind her.

Bullock claimed that Laila was triggered every day, and although, at first, she was unable to recognize the triggers, she went back to her training and was able to come up with a solution. Her partner further added:

“I have a hunch we’re going to see a change when she’s been with us longer than she hasn’t been.”

Because of the turbulent and traumatic first two and a half years of her existence, Bullock said she knew her daughter would still encounter many obstacles, but the family is working through it together.

Bullock gave up her career to care for her kids. Bullock has paused her career and has no plans to return because she is now so dedicated to her family and raising her kids. She uttered:

I finally understood, “Oh, this is what I’m supposed to do when I grow up, not be an actress,” after becoming a mother. 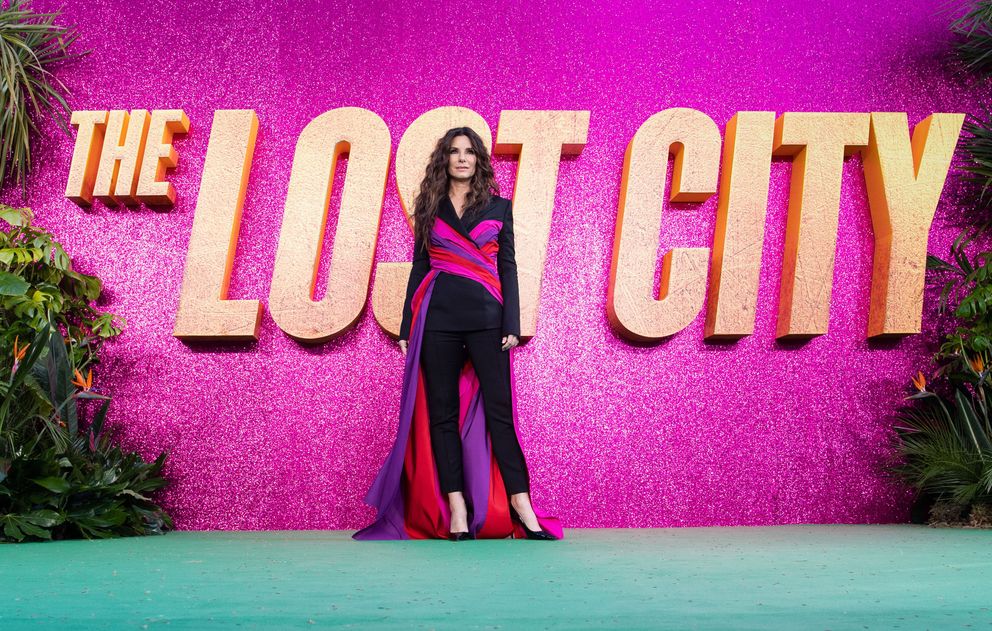 She claimed that she felt a calling to become a mother at an early age and believed that was what she was meant to accomplish with her life. For her children to always be close by, she has even requested that they attend the same college and reside in the same city.

She spoke about supporting her daughter through her trauma, reassuring Laila that she would always be there for her despite knowing Laila will always be afraid due to her trauma at a young age.

Bullock said she would vacation from acting while promoting “The Lost City.” Before taking a little break from the screen, she said her kids would join her for the film’s LA premiere.

Bullock said she was serious when asked whether she would quit acting and had no idea how long she would be away. She acknowledged that she needed to be with her family to be happy.

After appearing in the Off-Broadway production “No Time Flat,” Bullock made her film playing debut in 1987’s “Hangmen.” Now, 35 years later, Bullock is putting her acting career on hold to spend more time with her children.