A group of kids from Jackson Park, Missouri, did the same thing every weekend: when the sun came out, they went to their local park to play in the creek.

Their usual place to hang out was Jackson City Park, where kids often played in Hubble Creek. 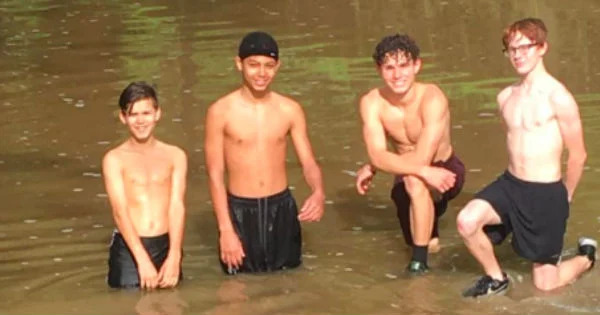 But the creek water had risen above the bridge because of recent heavy rain, making a dangerous current under it.

Four boys were splashing around in the water. And one of them saw that a girl who had also been playing in the water had unexpectedly disappeared.

“Everyone was in the park. We were all having fun even though it was raining and the water was higher than the bridge. We were all wondering what happened to the little girl,” he said.

WAFB 9 News says that the current pulled Kinsley Stuart under the bridge.
Aiden said, “I saw her hand on the bridge part, so I jumped in and grabbed it.”

He knew he couldn’t save her on his own because the current was strong, so he called his friend Isaiah Randol for help. 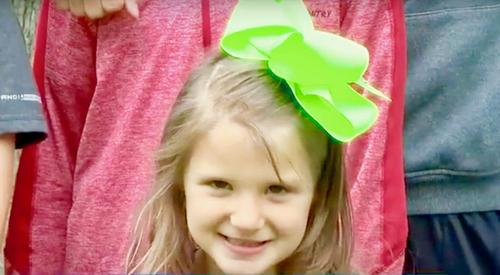 Isiah said, “He was getting pulled in with her, so I jumped in, grabbed her hand, and pulled with him.” “Then the other two boys jumped in, and it took four boys to pull this girl out because it was so strong.”

All the group members got out of the water safely. And Kinsley was taken to the hospital to be checked out.

“Come eat with us for free, forever.”

Kinsley’s parents were thankful that the boys helped save their daughter.

“We really do want to thank the guys from Kennys. We own the place where Kenny makes burgers. And we want you boys to know that you can always eat for free with us. “Because no money can ever make up for what you did,” she told him. 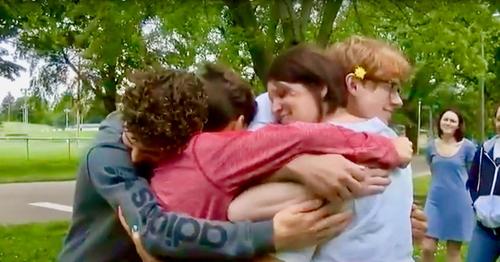 It’s dangerous to consider what could have happened if these boys weren’t there that day. Please share this to honor their courage.