A birthday party is a great occasion for everyone, but when you reach 100, it is truly a cause for celebration.

Due to the COVID-19 pandemic, George McInally, a WWII veteran, had a low-key celebration on his 103rd birthday last year.

His family made sure he made up for it this year by taking him to Grand Rapids, Michigan, where he could indulge in what he enjoys doing most of all: playing golf.

On his 100th birthday, George played golf for the last time, but he wanted to hit the links and ride around the course this year.

His family joined him to commemorate the momentous occasion while donning t-shirts bearing the number “104.” Next week, George will return to his Clearwater residence.

The native of Michigan served in the Pacific and piloted aircraft for the US Army Air Forces.

“In April of 1941, I enlisted in the Air Force. The Guggenheim School of Aeronautics at New York University was where I attended college. I completed pilot training and served in the Air Force for five years. Although it was a fantastic experience, I wouldn’t suggest it… On his 103rd birthday, George said to Fox News last year, “War for the experience. 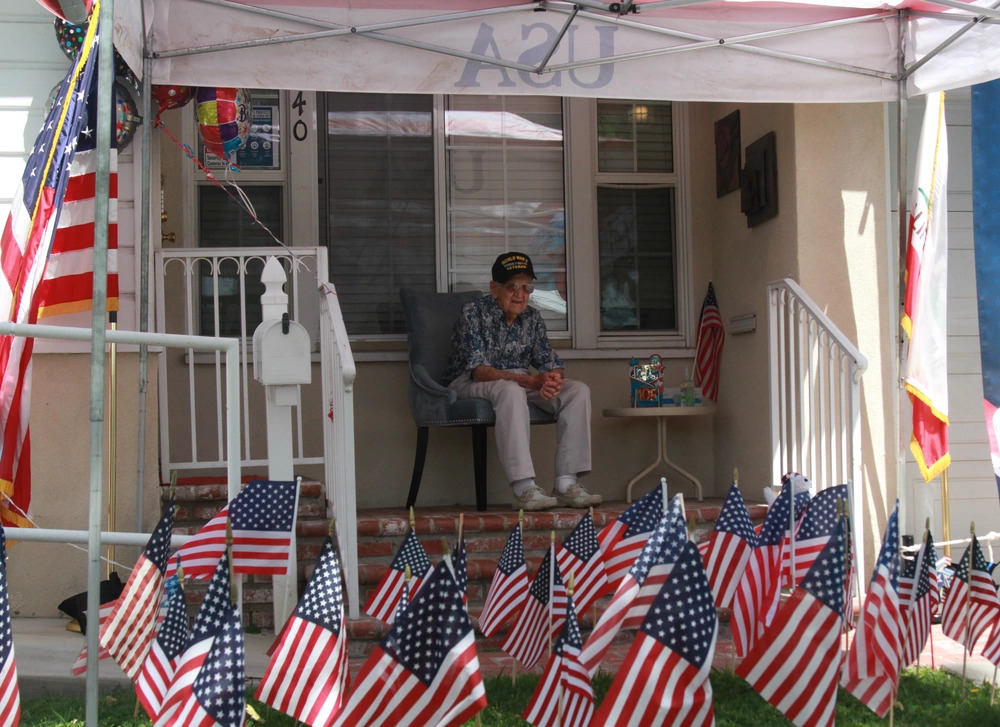 Even the brave veteran’s glider missions across hostile territory. He remembered going to school in New York and landing in Tokyo, knowing the War was ended as two of his many wonderful experiences.

The time I spent attending school in Newark, New York City, was one of my fondest memories. Subways cost one nickel. The cent was for the boat to Staten Island, he continued.

George, who lived for 70 years with his wife Hazel and had three children, attributes his long life to dancing, having fun, and scotch consumption. His advice for young people is to keep active and pursue higher education.

George turns 50 today, and I hope he enjoys his special day on the golf course with his loved ones. Share this tale to help us wish him many more prosperous returns.