When photographer Jonathan Nimerfroh looked out at the ocean, he saw that it was full of Slurpees. The waters of the Atlantic Ocean looked like that because they had frozen because the temperatures were so low. Lakes freeze yearly, but freezing seas don’t happen very often.

The photographer, surfer, and ocean lover went outside to take pictures of this once-in-a-lifetime event. The waves seemed to be made of something thicker than water as they swirled and crashed into the shore. “The wind was blowing hard from the southwest, which usually makes the water rough and not very good for surfing,” says Jonathan. But since the sea surface was frozen slush, the wind didn’t change the shape much. They were the perfect waves of slush.” These strange things are shown in the pictures below.

They were strange because they were thick. 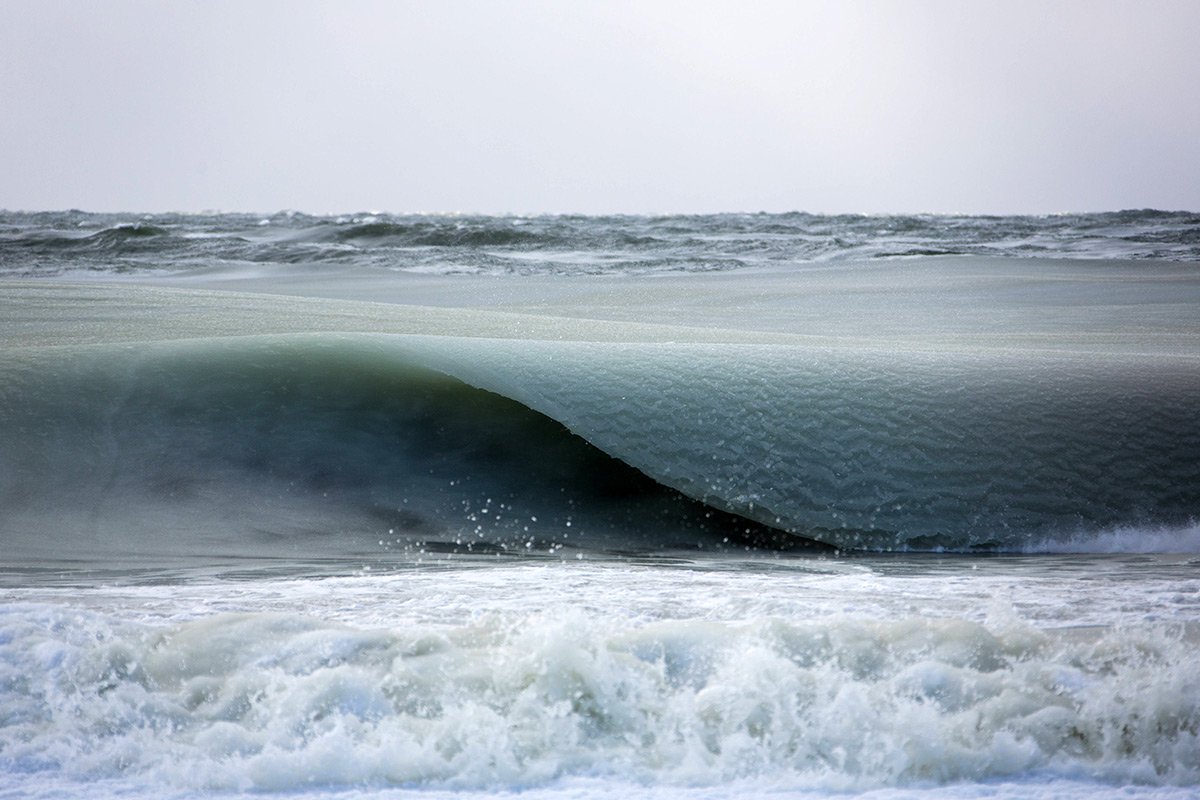 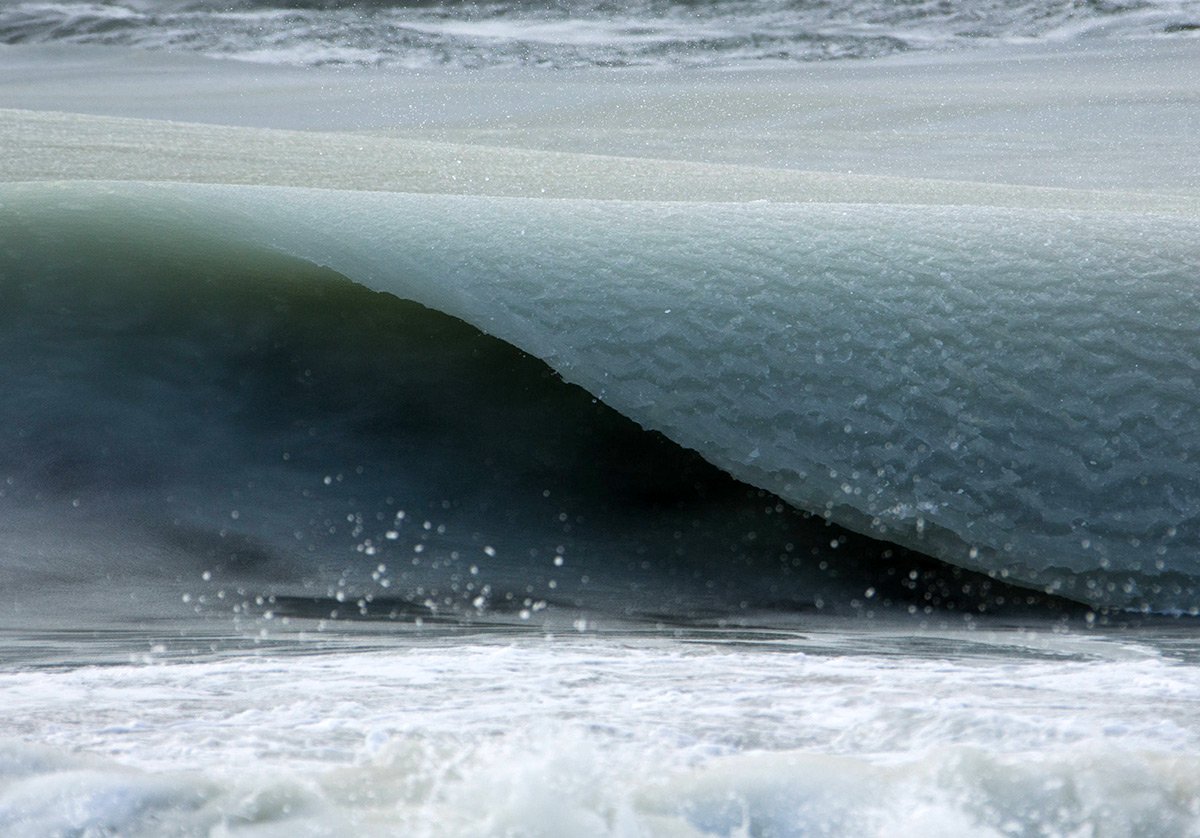 The changes in water and air temperature make the waves look strange. 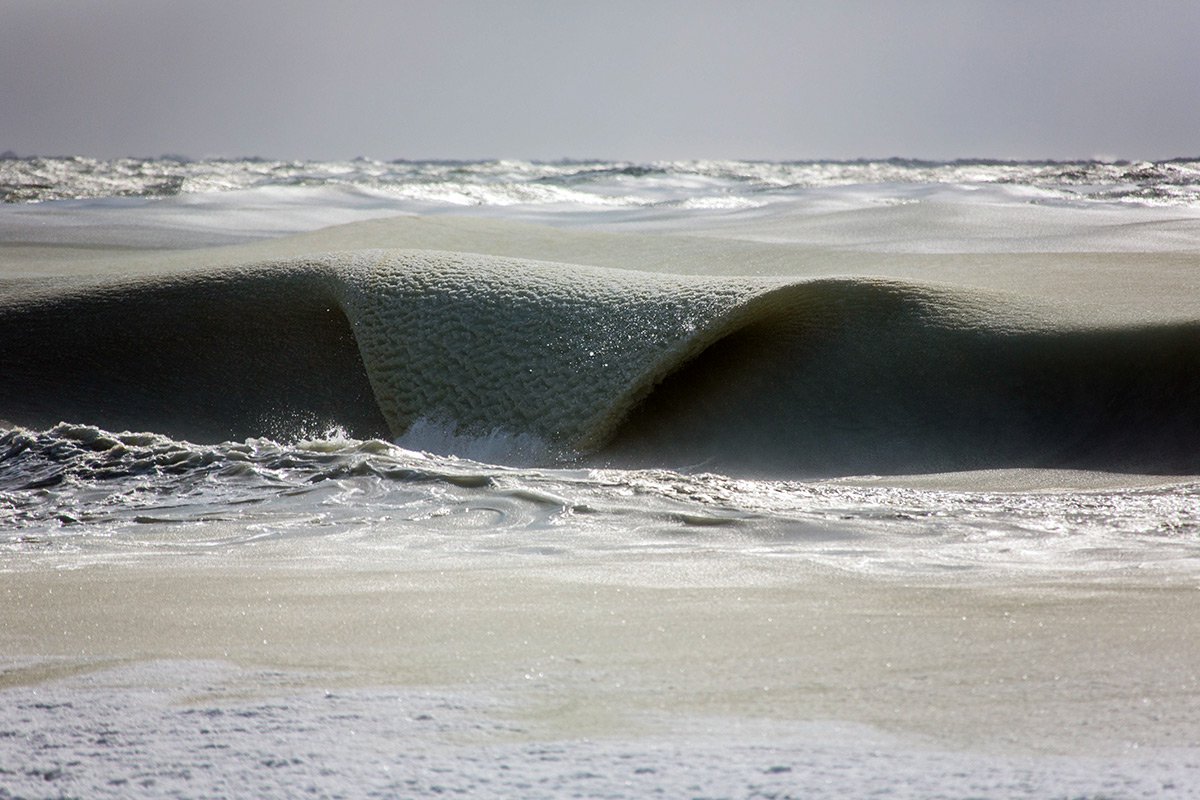 When he took these pictures, it was 19°F on the island of Nantucket.

In “Stay Wild Magazine,” he wrote about the day he took the photos: “Just been really cold here. The harbour to the mainland is completely frozen over… The day after I took these pictures, the beach froze for 200 yards. 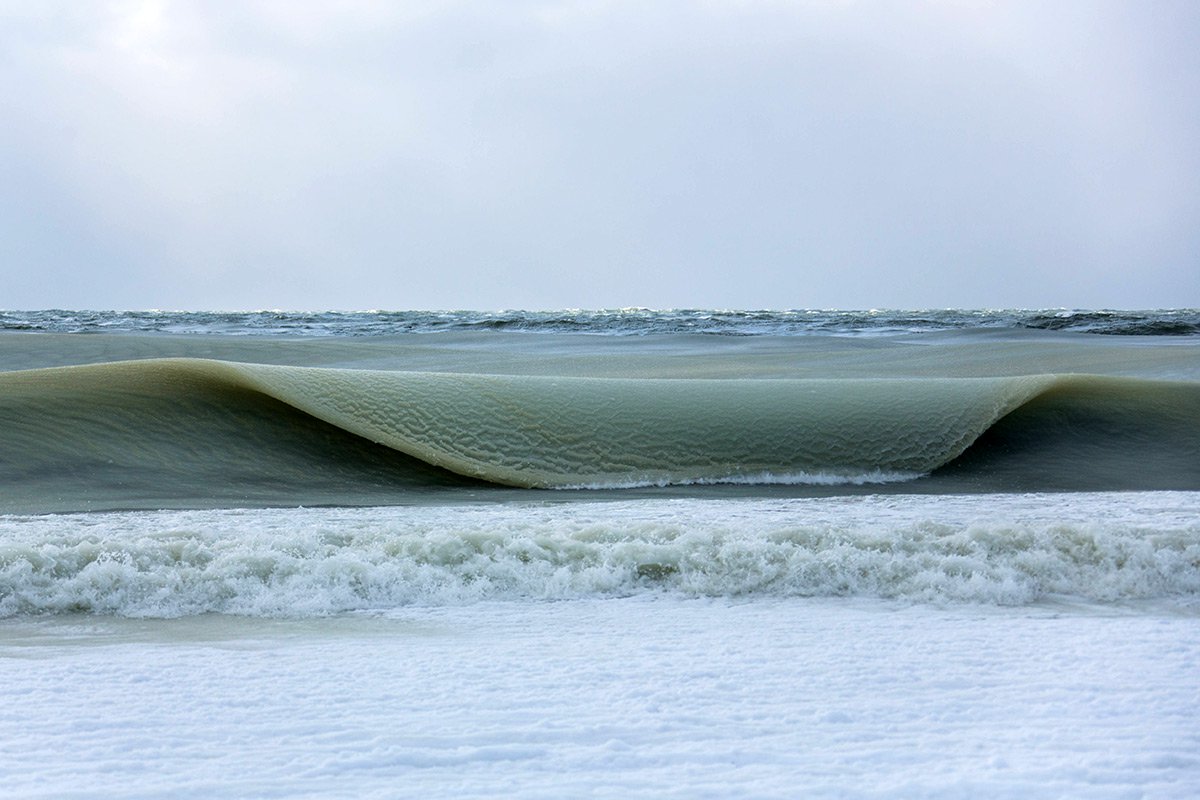 Jonathan is “obsessed with the ocean,” and he loves to surf and take photos of the sea.

See how the Slurpee waves work in this video: