A fire on Christmas morning killed a father and two of his children in a small town in Pennsylvania. This has caused unimaginable family grief.

Tragically, Eric King, 41, and his two sons, Patrick, 8, and Liam, 11, died in a fire that broke out in their Quakertown home early on the morning of December 25.

The fire started around 1:20 a.m., according to the Bucks County Courier Times. Kristin, Eric’s wife, and their oldest son were able to get out of the house. 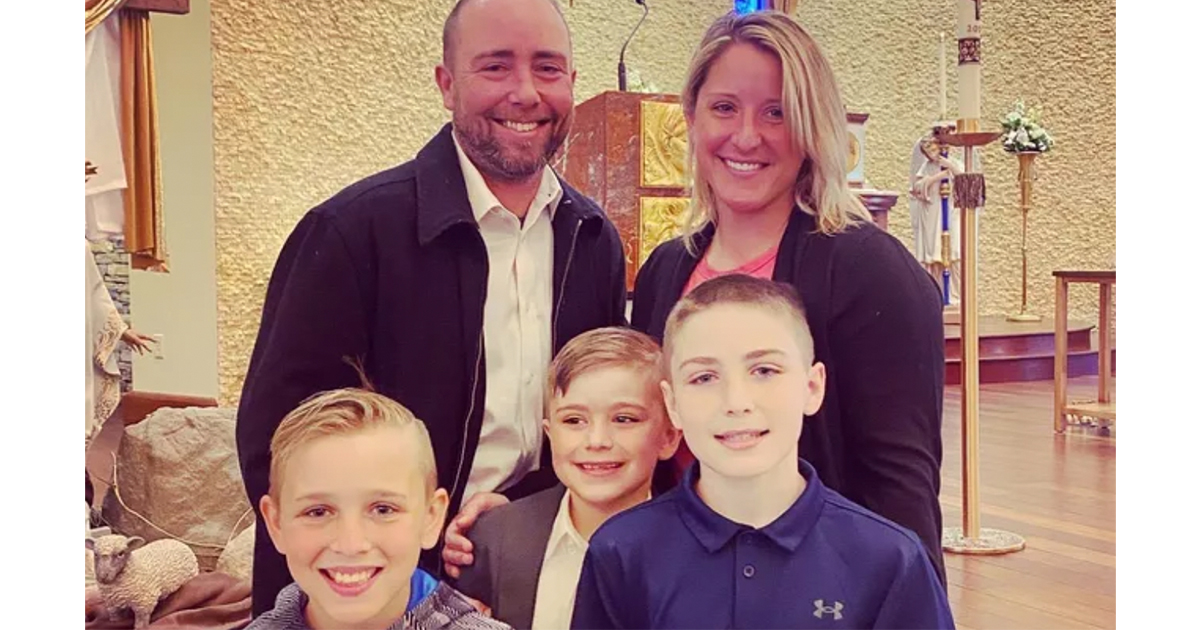 McElree said, “It’s clear from the evidence that it started in the Christmas tree.” “It really was a tree. A Christmas tree burns very quickly and very hotly.”

Kristin and the couple’s oldest son, Brady, were able to get out of the house. Eric, his two sons, and the family’s dogs all died in the fire, which was very sad.

Her jaw drops when the waitress looks down after getting her Christmas tip.
What happens when an 80-year-old woman finds her old wedding dress shocks the internet
12-year-old A Boy Scout raises a lot of money to buy gifts for kids he doesn’t know.
A GoFundMe page was set up to help the family members who are still alive. When this was written, more than $600,000 had been raised.

“Eric and Kristin King’s house caught fire early on Christmas morning. Eric, Liam, Patrick, and their two dogs did not make it out, but Brady, their oldest son, and Kristin did. The fire burned down their whole house.

Eric and Kristin were the happiest people you’ve ever met. They met in high school and fell in love. They were always happy and smiling, which made it impossible not to like them. Eric and Kristin were both big parts of the Quakertown Youth Baseball Association, and the three boys spent all day and night at the baseball fields. This big loss will have a big effect on the people of Quakertown. Please help Brady and Kristin feel the love and support of the community as they try to get over this terrible tragedy.

The local school district wrote about the tragedy on its Facebook page: “Dear Quakertown School District Community families. We are so sad to tell you that the King family lost their father on Christmas morning. And two kids from Richland Elementary School in a house fire early this morning. Liam, who was in the fifth grade, and Patrick, who was in the third grade, were killed. Mom and Strayer Middle School eighth-grader Brady are lucky to be alive.

The post said, “This news is terrible for the people of the District and the whole Quakertown area.” Eric, Kristin, and their boys are very involved in the community. They are the kind of people who make this a great place to live and go to school. The School District is very sorry for the loss of the King family and all of their friends and family. The government is in the process of setting up a support hotline.”

Our hearts go out to everyone in this family who cares about them. We can’t even begin to think about how sad they must be.

Please share this article on Facebook if you want to join us in sending love and prayers where they are needed.